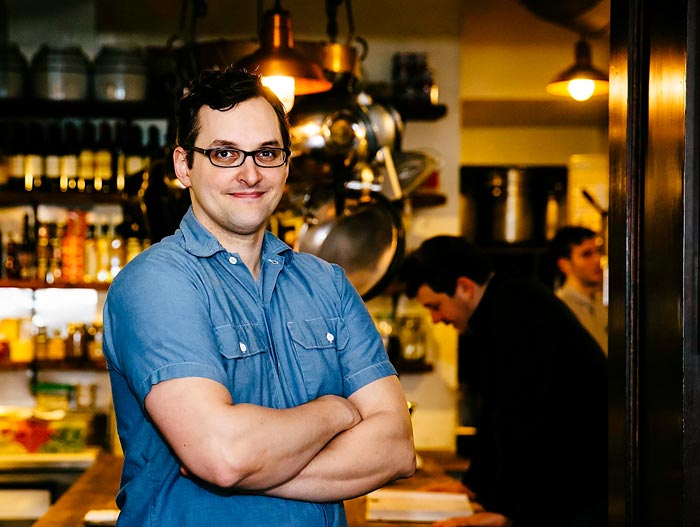 EXECUTIVE CHEF
Following a creative writing degree from Western Washington University, Stuart enrolled at Bellingham Technical College where he graduated with a degree in Culinary Arts. In 2004, he left for Costigliole d’Asti to attend the Italian Culinary Institute in Piemonte. He later staged at the Hotel Monte del Re in Dozza Italy outside of Bologna. Upon returning to the U.S. he worked at Cafe Juanita as a prep cook, pastaoli, and chef de cuisine. In 2010, Stuart joined Spinasse as co-sous chef. In 2015 he assumed the role of executive chef for Spinasse and sister bar and eatery, Artusi.

Please place your order via TOCK.

Reservations can be made on Open Table below.

A credit card is required for all reservations. We have a 48-hour cancellation policy — if the reservation is not cancelled 48 hours in advance, or in the event of a no-show, a fee of $30 per person will be charged, which also includes the number of guests to arrive. A gratuity of 20% will be added for parties of five or more.